Everyone loves a David and Goliath story. We all root for the underdog—especially when that underdog is scrappy and smart. But sometimes, instead of battling it out, the little guy and the giant team up. And that’s when the real magic happens. From access to emerging technologies to a chance to connect with a growing demographic, when it comes to doing limited deals with big brand owners, even the smallest toycos can offer some major advantages.

Tonies (pictured, above) is a screen-free audio system that lets kids ages three and up listen to music and stories. By placing different figurines on a sensor on top of these smart speakers, children can unlock new content.

The product first launched in Europe five years ago, and the tech company behind it, which has 327 employees, has since inked deals with Disney, Hasbro and Universal. While Tonies can’t offer an extensive CP program spanning several different categories, the company can provide access to its unique technology.

“We approached Disney [in 2017], and it took some education from our team to help them see how we could bring their well-known characters to life in a new way. But once it clicked, Disney is such a forward-thinking company that it realized—maybe even more than we did—the potential of this technology,” says Christoph Frehsee, president of Tonies US.

In fact, it was the team at Disney that encouraged Tonies to expand into the US in 2020. The partners inked a deal in 2019 for IPs like The Little Mermaid, The Lion King and The Jungle Book, and the agreement was expanded this year to include additional SKUs in the US inspired by Monsters Inc., Aladdin, Frozen, Cinderella and Toy Story.

Collaborating with a company as big as Disney certainly has its complications, though. Frehsee says there was a steep learning curve when it came to the legal aspects of the partnership. Tonies even had to bring on extra legal expertise—not just to help the team fully understand all of the intricacies of the agreement, but also to handle the sheer volume of documents.

“Smaller partners with less experience might not understand everything that goes into Disney when it launches something as simple as a water bottle—let alone something new and unique,” Frehsee says. “On the other hand, Disney might overestimate the capabilities of a small company’s legal department to comprehend and deal with hundreds of pages of documents.”

Tonies also has agreements in place with the likes of Hasbro (Peppa Pig), Penguin Random House (Peter Rabbit) and Universal (Despicable Me). Moving forward, the company hopes to expand its reach even further by getting into the world of sports, with a specific focus on professional athletes and the Olympics. 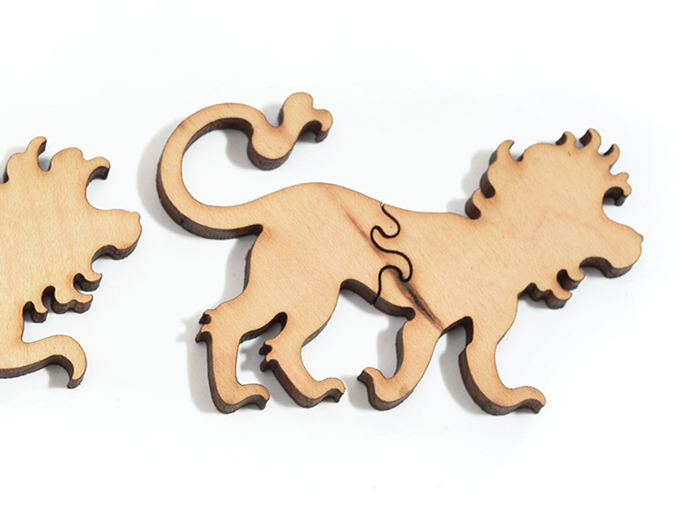 Seuss has partnered with puzzle maker Liberty to attract older demos with its classic characters.

For Dr. Seuss Enterprises, the ability to reach new fanbases is a major motivation for inking smaller or limited licensing agreement with up-and-coming companies. Home of massive evergreen brands like The Cat in the Hat and The Grinch, Seuss reaches teachers, parents and young children on an ongoing basis. But when it comes to a slightly older demo, the company relies on smaller licensees and start-ups to help it connect with different audiences, says president Susan Brandt.

Most recently, Seuss partnered with the 88-person team at Canadian apparel company tentree to launch a collaboration for kids and adults inspired by The Lorax in December 2020. A second collection is set to hit shelves later this year. The IP owner’s most significant limited partnership to date, however, was with New York-based streetwear brand Supreme in 2018. Supreme itself isn’t necessarily a boutique company—it was valued at US$1 billion when it was purchased by a private equity firm in 2017. But its licensing deal with Seuss was limited in terms of the number of SKUs available, and the fact that it was a one-time offering, making the items all that more covetable—the company’s Cat in the Hat sweater, for example, sold out in minutes.

Supreme has its own language with the teen and young adult demo, and by partnering with the company, Seuss was able to capitalize on Supreme’s cultural currency. That partnership taught the Seuss team that the fastest way to build trust with demographics it doesn’t normally or naturally reach through its traditional CP program is to partner with companies that are already entrenched, says Brandt.

“We know we need to appeal to tweens, teens and adults to stay relevant,” she says.

Like Seuss, Sesame Workshop has pursued niche companies for licensing agreements and has also been pitched deals by these smaller manufacturers. For Sesame, tapping into the network of a tiny toyco is key because those companies—while small in the grand scheme of licensing—are often giants in their specific ecosystems.

“When you think about those companies, they’re a big deal for that demographic, which makes the collaboration incredibly relevant to those consumers,” says Gabriela Arenas, Sesame’s VP of licensing in North America. “Part of the appeal in those agreements is that Sesame then becomes big for that demographic.”

Take, for example, the company’s recent licensing agreement with three-year-old start-up Glo. In 2018, the 27-person Glo team launched a range of colorful cubes that light up when they come into contact with liquid, and quickly learned that the brand was especially popular among children with autism. To further connect with that audience, Glo Pals’ partnership with Sesame features Elmo and Julia, the first Muppet with autism. 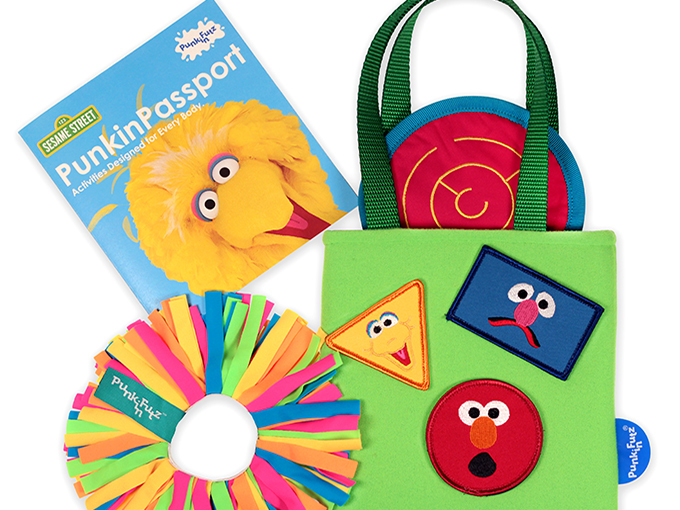 Sesame’s licensing deals with PunkinFutz and Glo give the IP owner access to niche markets.

For these limited partnerships to succeed, Arenas says it’s not enough to simply let the toymaker apply fan-favorite characters to their products—both the item and the brand need to be properly spotlighted in a way that appeals to the target audience.

“The deal needs to be something that not only aligns with our values, but also resonates with their consumers,” she says. “If the offering doesn’t connect with their fans and their expectations, the collaboration won’t resonate with them.”

A new partnership with inclusive play company PunkinFutz (pictured, above) introduced Sesame Street characters to a line of products and accessories designed to support kids with a broad range of physical, sensory, development and emotional needs. Targeting ages three and up, the items include a calming compression vest, a wheelchair bag and a fidget set.

Instead of just slapping a photo of Cookie Monster on the compression vest, the partners created a set of character patches that attach to the clothing using Velcro that kids can use to express their emotions. With only seven employees, PunkinFutz can’t provide the same minimum guarantee (an advance payment) that a larger manufacturer would, but it does provide insight into its target audience that allowed Sesame to launch a product that helps the nonprofit truly connect with—and become beloved by—specific demographics.

So while these licensing partnerships are small, they are significant. Not just because they allow big brand owners like Sesame Workshop to establish themselves as authorities in niche markets, but also because even the most limited licensing deals can lead to longer-term deals.

We understand your decision to use an ad blocker, however Kidscreen journalism takes time and funding...
Subscriptions and advertising are both necessary to fund the journalism we bring to you.

Please, whitelist kidscreen.com in your ad blocker and refresh your browser.